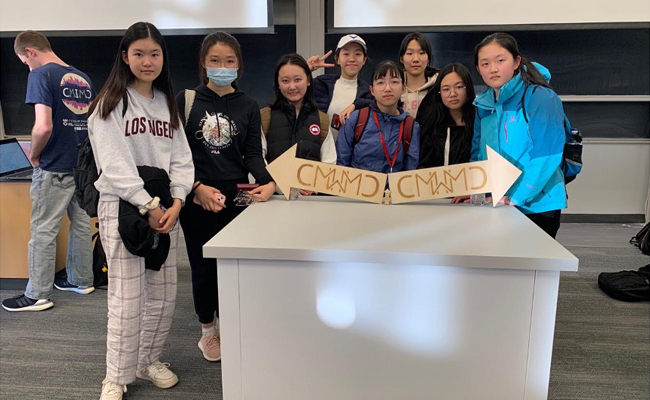 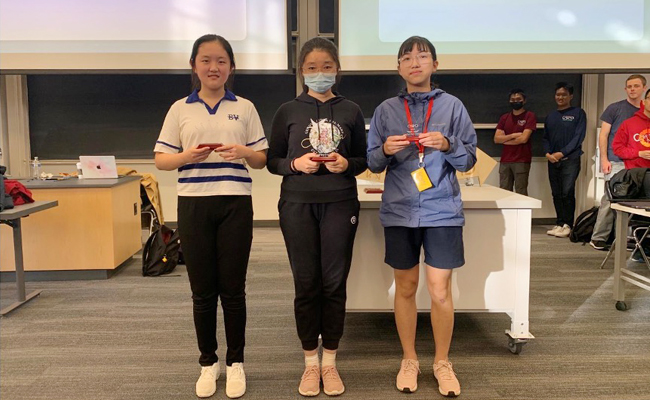 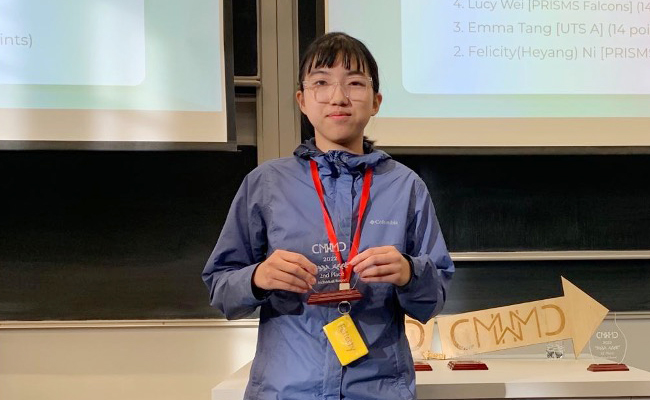 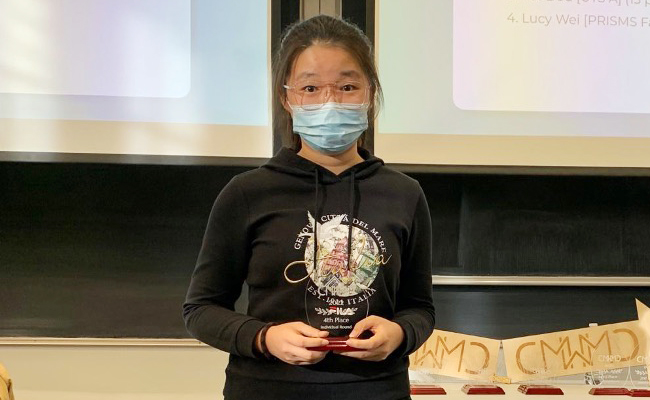 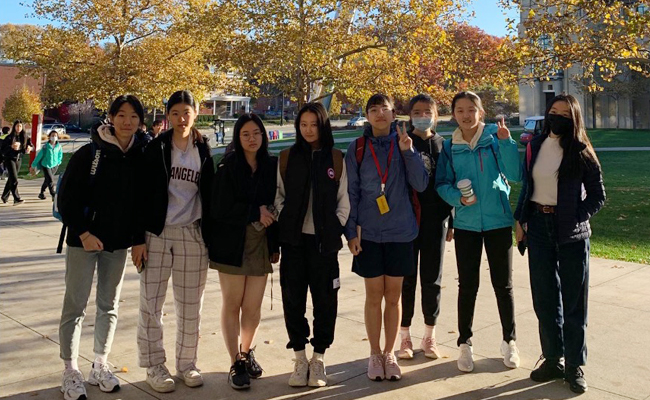 The contest consisted of three rounds: individual round, relay round, and guts round. PRISMS Falcons ranked 1 st place in the guts round and 2 nd in overall team results, with a total point of 944.44, fewer than 3 points from the first place (piOneers with 947.2 points), and almost 300 points higher than the third place (UTS A at 668.26 points). Two PRISMS teams, PRISMS Falcons and PRISMS Teen Falcons, made it to the top five in the relay round, and four students made it to the top ten in the individual round, with Heyang (Felicity) Ni ranking 2 nd and Mengxuan (Lucy) Wei ranking 4 th. This was the first year Carnegie Mellon hosted the CMWMC contest, open to all female and non-binary middle and high school students. Contestants work individually or in teams on problems in algebra, number theory, geometry, combinatorics, etc. Everyone participating in CMWMC is also invited to attend the spring math contest, the Carnegie Mellon Informatics and Mathematics Competition (CMIMC).